It’s impossible to detect radiation by sight, touch, or smell. Instead, you need to use hand-held devices and laboratory tools. Medical and nuclear power plant workers constantly absorb radiation at extremely low doses. Nevertheless, they can still get radiation sickness.

It’s the accumulation of small doses of radiation that damages your DNA structure, which can lead to symptoms like nausea, vomiting, dizziness, fever, malignancy, and much more.

Fortunately, there are ways to detect radiation so you know if you are in danger or not. High doses of radiation in your body might indicate that your facility’s radiation removal procedures are faulty. Here at Med-Pro, we provide regulatory tools to prevent employees from getting radiation sickness, in turn helping management identify errors in radiation management. In the long run, regulating radiation by distributing high quality radiation badges to your employees minimizes risk before it’s too late.

Related: DO’S AND DON’TS OF DOSIMETER BADGE USE

This device uses a helium-3 proportional along with a gas-filled instrument. It utilizes high-voltage electricity to create an impulse when the neutrons interact with the gas in the tube. The neutron gets absorbed as boron 10, or helium 32. In turn, this causes the emission of helium nuclei or protons, respectively. These charged particles ionize into a gas component, and collect as an electrical impulse. The neutron measurements are proportional to the counters that require a large amount of hydrogenous material to slow the neutron to its natural thermal energy component.

There are other filters that permit the proper number of neutrons to be detected, therefore leading to a flat energy response with the equivalent dose. The product is designed to make the amount of secondary charge equivalent to the degree of ions created by the radiation. Therefore, the instrument uses electron discriminatory circuits to measure different types of radiation.

This device is for radon measurements at homes and occupational settings. It helps collect radon decay with an air filter, and it performs spectroscopy for absorbed decay products.

The Harshaw Thermo radiation detector uses TLD technology, or thermoluminescence detecting. This product is a passive monitor that is beneficial for its low energy dependence and high sensitivity to lower doses. It uses a phosphor like lithium fluoride or calcium fluoride in a solid crystal structure.

The radiation deposits its incident energy into this material, and the atoms in the material become ionized to produce free electrons. Imperfections in the crystal trap free electrons. The heated crystal vibrates and releases these trapped electrons, which return to their original state and release ionization energy as light. The released light is counted with photomultipliers, and the amount of light (photons) is directly proportional to the amount of radiation that comes into contact with the phosphor.

The Med-Pro Harshaw radiation detectors are especially useful for workers who come into contact with radiation through the fingers, since these devices are worn as bracelets.

The dosimeter is also called a radiation badge. Workers wear these devices if they are regularly exposed to an environment filled with radiation. The badge helps track the level of radiation that the individual is exposed to. At the end of the quarter or year, a specialist will obtain the data from the dosimeter and interpret it. If the radiation badge shows a high amount of exposure above the threshold, it will sound an alarm to alert individuals so they will stay away from the environment. The device has helped prevent and save many individuals from potential complications from constant radiation exposure.

The Med-Pro dosimeter also allows workers to track their radiation intake online, allowing them to get their results more easily and quickly.

This device utilizes a GM tube that is filled with gas. When you apply a high voltage to it, it creates an electrical impulse that interacts with radiation and the gas in the tube. These impulses turn into data and analysis on the instrument meter. The impulse emits an audible click to show a positive reading.

The GM probe in the Geiger counter is a common handheld radiation instrument to measure contaminated surfaces. They are often used for measurement exposure, but will accommodate other modalities as well. For example, a zinc probe is sensitive to detecting alpha radiation. However, a zinc probe can also be used for field measurements where radioactive material that emits alpha particles are required for measurement purposes.

This device uses a solid crystal that contains sodium iodine to create a stream of light that interacts with radiation. The light pulse is turned into an electrical signal by a photo-multiplier tube, which in short, is the PMT.

The PMT provides an accurate reading on the instrument meter. The light poles are equivalent to the amount of energy and light deposited in the crystal. These devices have an upper and lower energy circuit that differentiates their levels, and when used correctly, it can also be a single channel analyzer to give analysis on the energy and detect radioactive material.

Since the instrument also has a speaker, it can detect audible clicks from the light pulse, which is a useful feature to find the presence of radiation.

This device is basically the combination of a sodium iodide Crystal, PMT, and small multi-channel analyzer. This device is useful in detecting gamma-ray energy that is displayed on the radioactive material. If you are dealing with anything unknown, it’s best to use this device because of its multifaceted approach.

This chamber contains air and an electrical conductor, as well as a low voltage central anode to help detect radiation. The ions form in the air volume, which originate from the interaction of both x-ray and gamma-ray in the chamber. The central anode collects the electrons and small currents. This is measured by an electrometer circuit, and display on a meter.

These instruments must be appropriately calibrated to find traceable radiation measurements to create an accurate dosage from the air. When it comes to detecting radiation from the tissue, it can convert these factors to get the proper results. The ion chamber contains open-air, which must be converted to temperature and pressure.

Keep in mind that there are also laboratory instruments that are available to help detect radiation.

This lab instrument uses two opposing PMT that observe test tubes with samples and a liquid scintillator combine. If the sample contains radiation, then the scintillator will emit a pulse of light for positive results if the PMT detects the light. Then, the radiation specialist will tally the count. If the counts are low, then there is minimal detection activity that is available. If the results are high, it means the product has a high dose of radiation.

This laboratory instrument has a proportional counter with a simple counting tray in the chamber as well as argon/methane counting gas. The scientist will use shields to reduce background and electron discrimination. This instrument can differentiate between alpha and beta radiation and produce accurate results. The proportional counter contains multiple product capability, data acquisition, storage, and reduction. The device is often used to count air filter samples. If you utilize a large area gas flow counter, it can help obtain results for a worker who is exposed to radiation.

The system uses sodium iodide crystals and PMT as well as a silicon detector to attain results from liquid or solid samples with potential radioactive materials. The system can be used with shielded detector to count the radioactive deposits in tissues or organs for bioassay measurements. The multichannel analyzer system can allow you to tally the counts by energy and identify the emitter.

Why do you need a radiation detector?

In most countries, workers are permitted to have a maximum dose of 20 MSV per year of radiation for over five years. A low dosage of radiation is not life-threatening, but you need to make sure that it’s truly safe. The problem is that radiation can’t be felt or seen, and it often first manifests in very mild symptoms of nausea and vomiting.
People often receive a small amount of radiation from various sources in the environment without knowing it. However, when radiation levels increase to a certain threshold, it can be hazardous. Because of this, we need equipment to help detect lower radiation within our environment. There are plenty of detectors out there and it’s essential to know which one is right for you.

Why do you need a radiation detector?

In most countries, workers are permitted to have a maximum dose of 20 MSV per year of radiation for over five years. A low dosage of radiation is not life-threatening, but you need to make sure that it’s truly safe. The problem is that radiation can’t be felt or seen, and it often first manifests in very mild symptoms of nausea and vomiting.

People often receive a small amount of radiation from various sources in the environment without knowing it. However, when radiation levels increase to a certain threshold, it can be hazardous. Because of this, we need equipment to help detect lower radiation within our environment. There are plenty of detectors out there and it’s essential to know which one is right for you.

A compacted dosimeter is highly recommended for your home. The dosimeter can measure alpha, Beta, x-ray, and gamma radiations. They are easy to use and can help control levels of radiation at residence, medical facility, and work. They also detect the radiation level of items such as clothes, shoes, furniture, soil, and much more. The dosimeter can assess the radioactive contamination within the food, air, and water. Some specialize dosimeters can operate through Bluetooth channels and activate your tablet and smartphone into a personal dosimeter.

Keep in mind that there are various types of radiation.

Alpha radiation contains helium nuclei that each have two neutrons and two protons. They emit elements like uranium and radium and originate from human-made elements. They are very potent, but cannot penetrate the surface of the skin.

The beta particles are fast-moving electrons that can penetrate the skin but can are easily shielded by wood or aluminum.

Gamma rays have high energy electromagnetic waves that are radioactive. They are highly penetrating and can get through the skin and into the organs.

The x-rays are practically identical to gamma rays, except they use ionizing electromagnetic waves. They are not nuclear in origin, but they have high energy and ionizing capacity, which makes them very dangerous.

It’s impossible to detect radiation with your own eyes, but fortunately, advanced technology lets you know which objects or body parts are contaminated.

Keep in mind that radiation detection is imperative because accumulated radiation over time can destroy your cellular structure, which can lead to cancer, organ failure, or other medical complications.

Fortunately, these devices allow you to detect radiation and know if your environment makes you vulnerable. Check out our product line at Med-Pro to find out which product is right for your facility.

Related: Pack Your Lunch and Protect Yourself 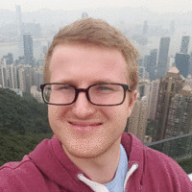