Radiation is the term used to describe the emission or transmission of energy through space or an object. There are many different types of radiation, some of which you come into contact with every day, including visible light and radio waves. Still, some forms of radiation are more harmful than others, transmitting more energy and ionizing atoms, causing a break in chemical bonds, therefore, harming the body.

When Does Radiation Become Harmful?

The energy ultimately determines the harm that radiation can cause, and so it’s generally split into two categories, ionizing (high energy) and non-ionizing (lower energy).

Microwave radiation is an example of non-ionizing electromagnetic radiation, and although it may not produce charged ions, it can still cause harm. When microwave radiation passes into an object, it’s frequency is absorbed by water, fat, and sugar, creating a thermal effect and thus heating the object. If a person were to come into close contact with microwave radiation, then their fat, water, and sugars would also cook in just the same way as their food. Thankfully, microwave doors are covered with a metal mesh forming a reverse Faraday cage and keeping the radiation inside the microwave.

Protect yourself from the horrible effects of radiation with Med-Pro .

Ionizing radiation, on the other hand, is extremely harmful and can begin to cause harm in the body even at low doses. Ultraviolet light, X-rays, and Gamma rays are all examples of ionizing radiation, which, when they come into contact with the body, can cause cells and DNA to become ionized, leading to damaging health effects.

How Do We Measure Radiation Dose and Risk?

Measuring radiation dose and risk can be tricky. Radiation was originally estimated in the air using Roentgens; however, this did not account for radiation absorption in body tissue, so the measure was converted to rads, where 1R = 0.8rad. Over time, with the introduction of metric units, this changed again to the Grey (Gy) measurement, where 1Gy represented an absorbed dosage of 1 Joule of energy per kilogram.

Although the Grey measurement was an improvement, it wasn’t beneficial for scientists looking to develop radiation protection as 1Gy of different types of radiation could have a different effect on the body, so a hybrid unit was born that also took into consideration risk. This new hybrid unit was called a Sievert (Sv) and is how we measure radiation exposure today.

How Much Radiation is Harmful?

When it comes to radiation, any exposure can be harmful, and in an ideal world, the safest option would be to avoid exposure to any radiation altogether. However, as previously mentioned, this is not realistic, and the average person will be exposed to approximately two millisieverts (mSv) of radiation throughout their lifetimes, simply as a result of background radiation. To put this into perspective, if you need to get an X-ray, then you would receive a one-off dose of 10-20mSv, whereas some of the cleanup crew at Chernobyl were exposed to doses of up to 250 mSv causing severe health implications later down the line.

To keep people safe from the harmful radiation that may be leaked in the event of an accident or discharge from a laboratory or power plant, the International Committee on Radiological Protection has limited radiation exposure for workers such as firemen to a maximum of 20mSv per year, with the limit for the general public sitting far lower at 1mSv per year.

Here Are Some Baseline Guidelines for Radiation Exposure:

Related: RADIATION BADGE: EVERYTHING YOU NEED TO KNOW

What Are The Effects of Radiation on the Body?

Ionizing radiation can cause severe damage to the cells within our bodies. Thankfully, cells are good at repairing themselves, but sometimes they get it wrong, leading to the cell becoming cancerous. The higher the radiation dosage, the more damage that is done to the body’s cells, resulting in a higher risk of a cell becoming cancerous. In the event of a short, very high dosage of radiation, such as from an atomic blast, a person will also experience skin burns and radiation sickness as well as long term health effects such as a much higher risk of cancer and cardiovascular disease.

How to Protect Yourself from Radiation Exposure

The three core principles of radiation protection are time, distancing, and shielding:

Establishments that regularly use radiation, such as hospitals, laboratories, veterinarians, and power plants, must keep their staff safe from radiation that they work with daily. To ensure that they stay compliant within the law and protect their employees, companies often choose to use dosimeters and radiation monitoring devices to monitor the radiation exposure levels of their staff.

Here at MedPro, your safety is our business, and we provide a range of superior dosimeters and radiation monitoring devices for all industries. To find out more, get in touch with us today on (800) 697-1517. 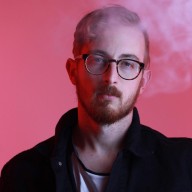